Home »Gallery »This Land is Your Land Gallery

This Land is Your Land Gallery 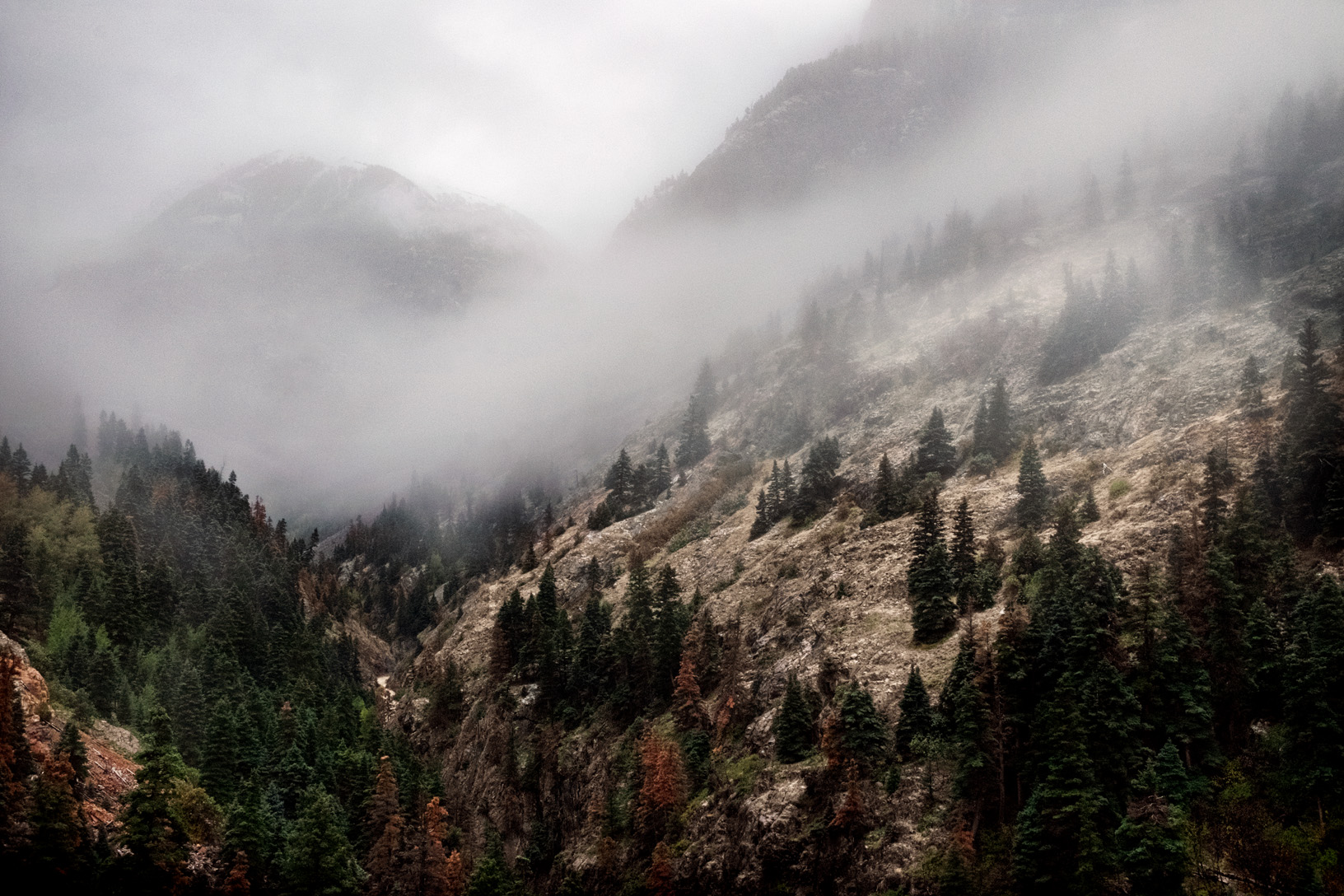 The Santuario de Chimayo in New Mexico is a pilgrimage site and a National Historic Landmark.
300,000 people from all over the world make pilgrimages to the Santuario de Chimayó during Holy Week. Some come to be healed because of the church’s reputation for sacred soil and some come to fulfil a vow, often walking from as far away as Albuquerque, more than 90 miles. Because the soil is considered holy, the Church replaces the dirt in the pocito from the nearby hillsides, sometimes more than once a day, for a total of about 25 or 30 tons a year. 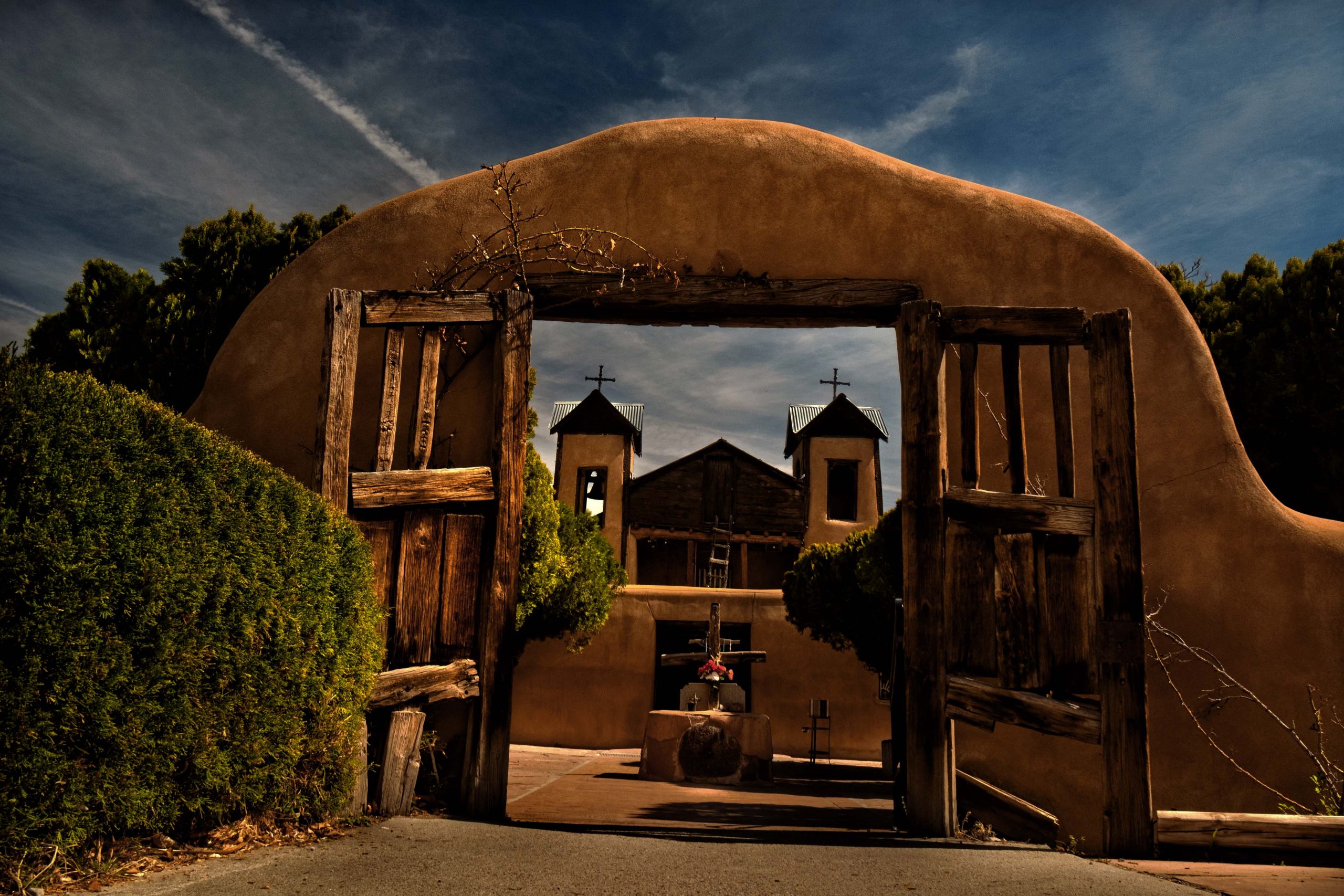 The Four Directions - A Southwestern Journey is the title of my book on the beauty of the Colorado Plateau around the Four Corners States. The Four Directions is a native American spiritual concept associated with the gifts of the creator from the directions of the compass and from creator above and mother earth below. 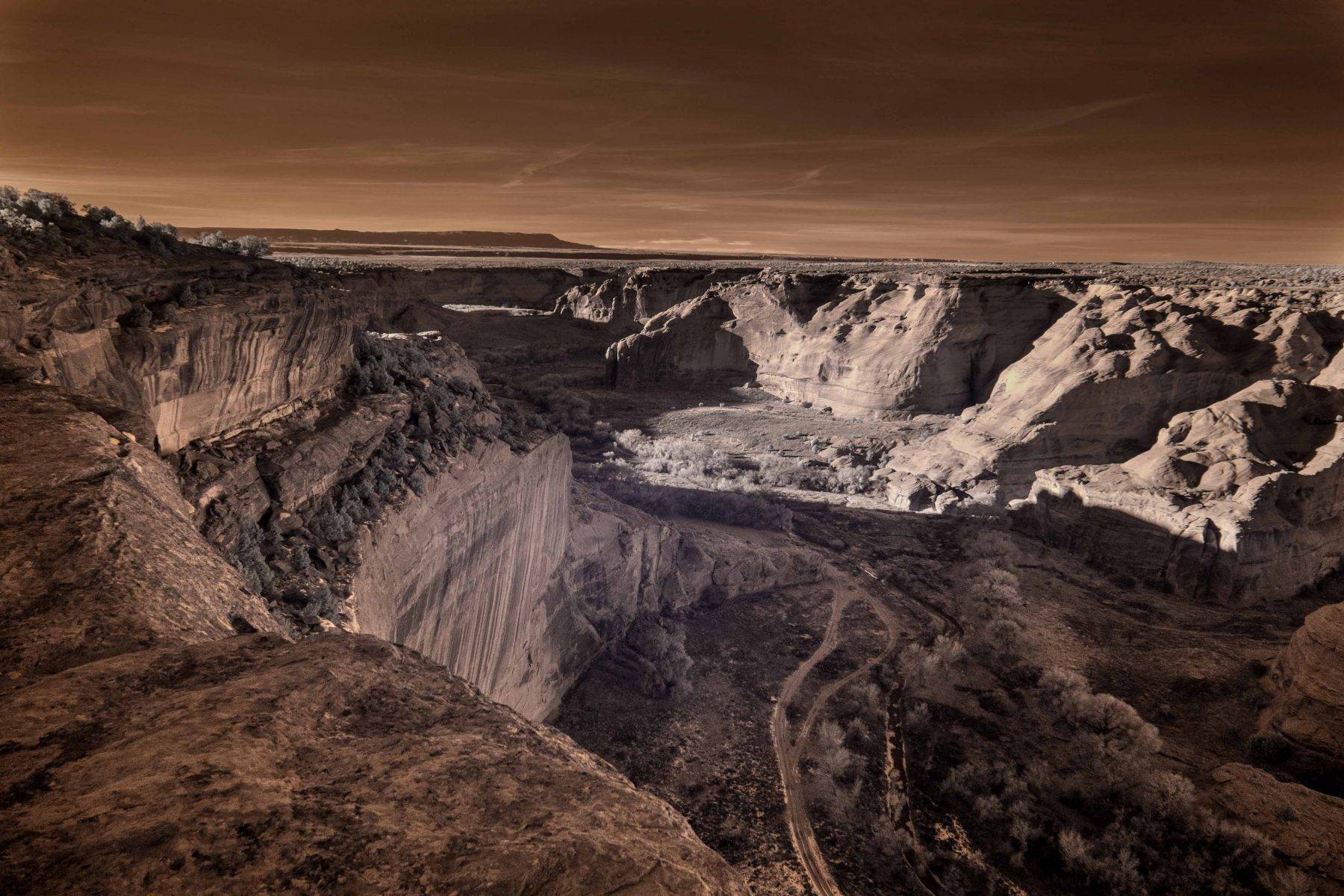 The Durango & Silverton, narrow gauge railroad in southwestern Colorado. I hand colored the red jacket on the railroad worker as an afterthought. 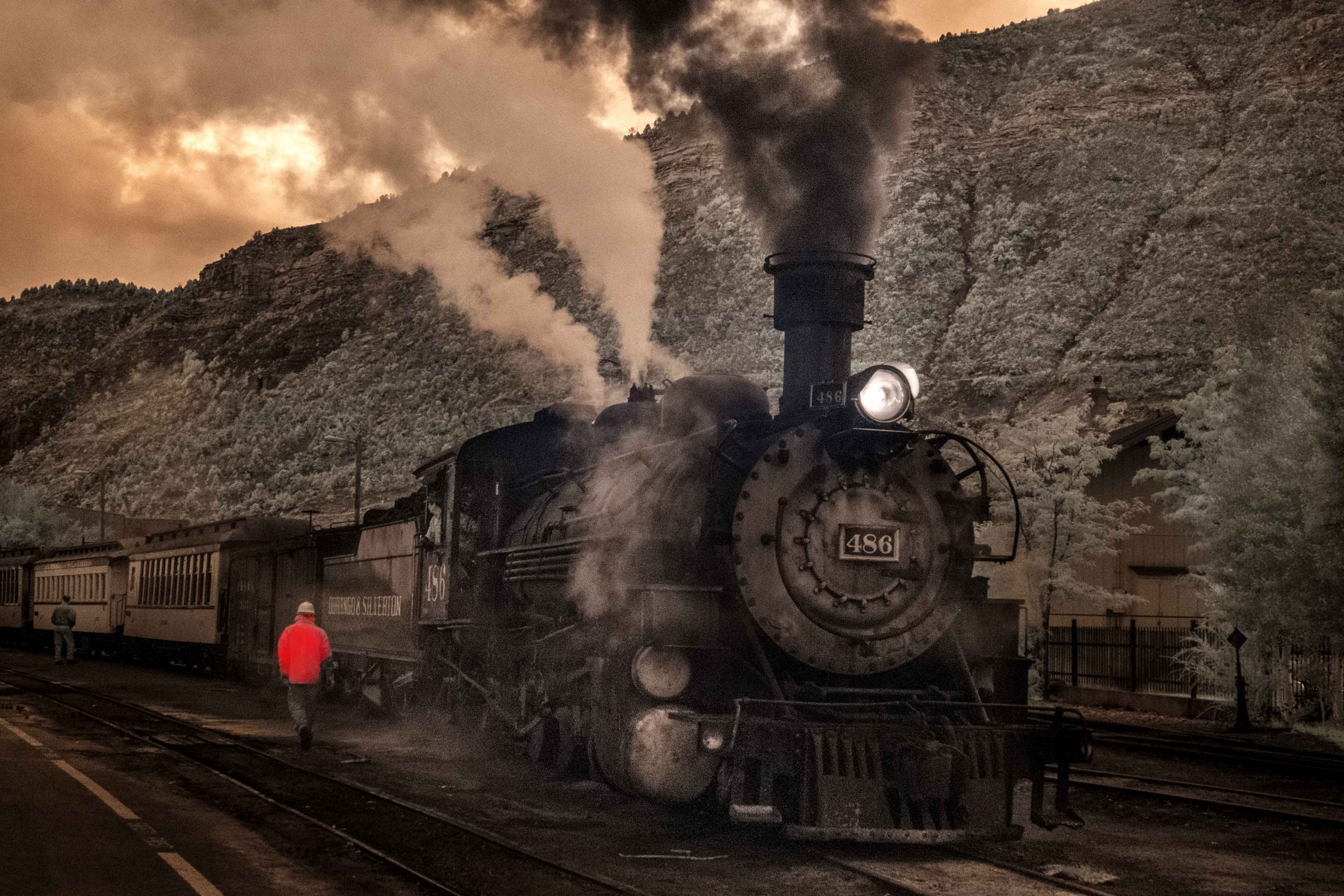 My interest in this photo begins with the sunflower or helianthus on the roof of the building. I was further attracted to the repetition of lines from the wooden beam supports of the building to the contrails in the sky above. 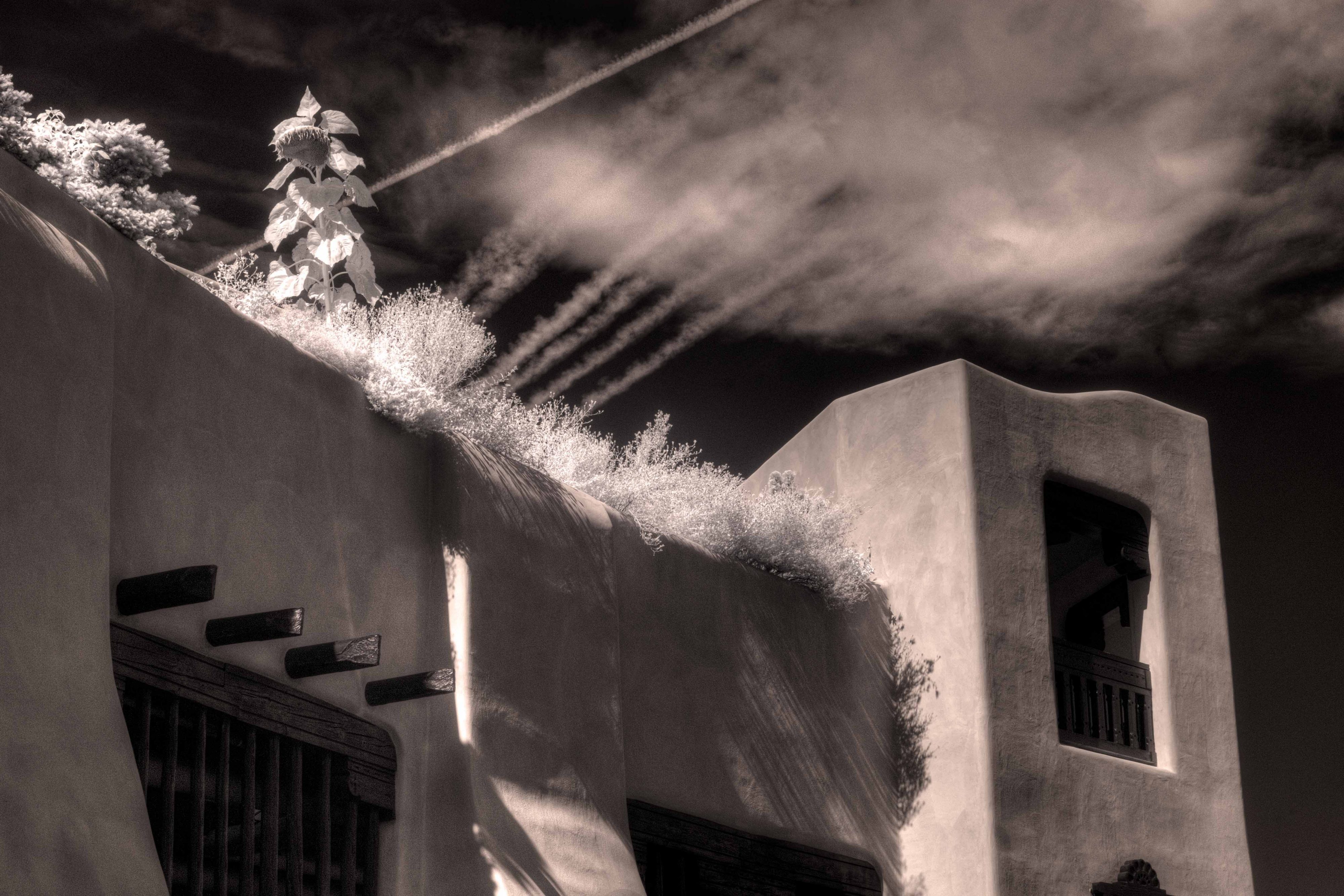