Hermann, Missouri – One of the Prettiest Towns in America 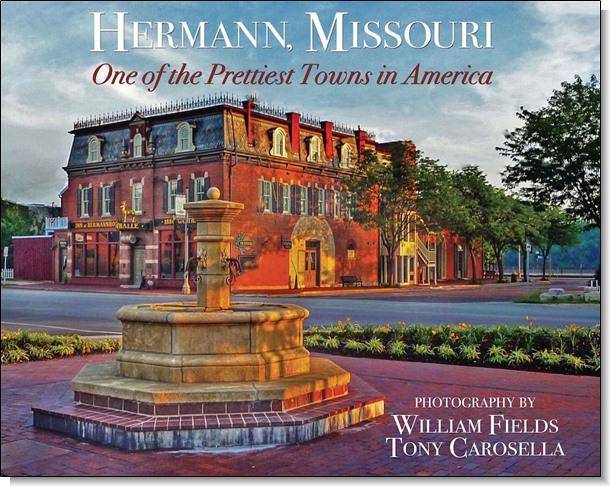 Hermann, Missouri is a town not only rich in heritage and culture, but also in beauty. In Hermann, Missouri – One of the Prettiest Towns in America, local photographers William Fields and Tony Carosella take you on a tour of Hermann, spotlighting her breathtaking landscapes, her majestic river, her architectural beauty and, of course, her people.

With over 150 photographs, the book will allow you to see with your own eyes why Hermann has been called “one of the prettiest towns in America” by travel writers, national publications and now, by you.

William Fields has been a visual artist throughout his entire life, creating drawings, watercolors, art prints and ultimately, fine art photographs. He became a full-time art photographer after retiring from a career in aerospace and automotive management consulting. William is devoted to and inspired by the Missouri countryside. His work has been used as set decorations on a Steven Spielberg television series and can be found in both public and private collections. He lives on a forested hilltop overlooking the Missouri River with his wife, Louise, and a dog named Smooch.

Tony Carosella began his career as a freelance photographer in St. Louis, Missouri. His clients included Industrial and Architectural firms and he traveled extensively documenting their projects. Tony settled in New Haven, just a little east of Hermann and loves photographing the beauty of Missouri Wine Country.