Home »Stories»When? and How the Four Directions Came to Be – Part 1

The question I get more frequently than any other about the book is this: When?

Currently, my plan is to continue pre-selling the book until August 31st. At that time, I’ll begin the printing process. This usually takes about 6 weeks. So, precluding any unexpected glitches, the books should be ready around mid October. Again, if there are no problems, you can expect to receive your copy within a week of that final date.

I know I’m writing with all kinds of caveats, but I think that the picture going forward is bright and I hope you see it that way as well.

Those of you who were able to attend the event at Bryan Haynes’ Studio and Gallery have already heard the story of how this book came about. To you I apologize for the repetition. For everyone else, this is the first in a series of blogs that will tell the story of how the book came to be and some of the places it has gone. 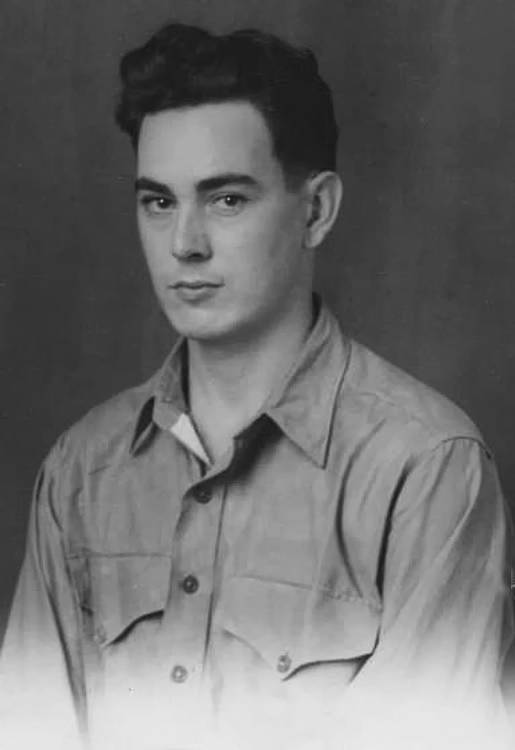 This is my dad around 1943 when he was 23 years old and serving as an infantryman in the army in the Pacific. He had virtually no formal education. He never went past the 8th grade, but he was a voracious reader and very knowledgeable on a lot of subjects. When I was a kid, he would tell me about the Anasazi people and their culture. That was the beginning of my love of the people, the ruins, and the land that have come to be the subject of my book. 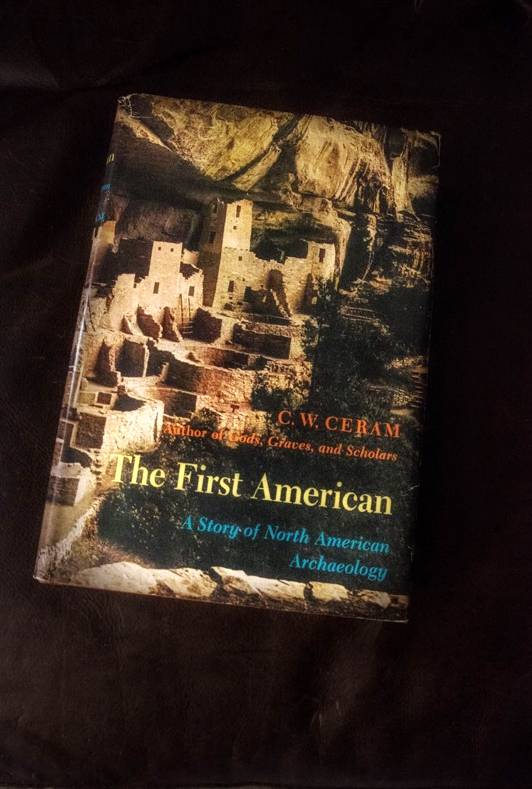 In 1976 a friend in South Bend, Indiana, where I lived, gave me this book and through it, I became completely hooked. I wanted to know everything that there was to know about the places on the Colorado Plateau where the Anasazi lived and built. I had to see these places for myself and experience what I’d read about first hand. In 1980 I was promoted and transferred to Los Angeles. In very short order I knew exactly how long the drive would take to Grand Canyon and other sites. On my first trip, I visited Walnut Canyon, Wupatki, Wukoki, Montezuma’s Castle and several other locations. I shot dozens of rolls of film in an effort to capture the things I saw. I still have many of those photos from that first trip. What was different then was that I was not photographing to create photos. I was primarily a painter and a print maker. All my photos were intended as reference material for other works of art, mostly watercolors. It would be another couple of years before I made the shift from painting to photography as an end in itself.

By the time digital photography became prevalent, I was, like many film photographers, resistant to make the change. Before long there were digital cameras that exceeded 35 mm image quality and I jumped in. I won’t go into a lot of technical stuff about cameras, sensors, etc., but if anyone is interested, I’ll gladly respond to your emails.

In 2014 I began making trips to the southwest for the express purpose of shooting these amazing places as infrared photos. I didn’t know at the time that a book would come out of it, but I felt the drive of creative juices and kept going back for more. I found infrared photography while still shooting film. The move to digital infrared was a big step, but I knew that was how I needed to tell this story. Infrared photos have a feeling that is at once mystical, contemporary, and still familiar and nostalgic. The monochromatic and slightly de-focused look is reminiscent of early photos of the region. (My work is often compared to Edward Curtis – https://edwardcurtis.com/)The softness of the images, the dark skies and the bright glow of foliage gives an otherworldly feel to the pictures. This has been an important piece of the fulfillment of my creative vision. I’m happy to provide more info on Infrared upon request.

In 2015 Tony Carosella and I published our book on Hermann. It was at that point that I realized what had to be done with the images that I was accumulating on the southwest. And so the book began to take shape. I have continued working on it since. Even now, I find myself going back into the file and making adjustments to a picture, or some text, or some design or layout issue. I want each picture, each story, each word to be as good as they can be. Remember, I didn’t set out to create a book that would be in every bookstore. I always intended that it would be a work of art. I wanted to make something that you could hold in your hands and treasure for its beauty.